The Evil Within 2 – Customizing Your Experience

Fight or flee. Creep quietly through the world, a silent killer with a mission – or set traps and lure enemies to their deaths. In The Evil Within 2, you can carefully plan your every move. And all the while, you’ll have special customization options for both Sebastian and your gear that will help you play the way you want on your mission to save your daughter. With larger areas and a heavier emphasis on player choice, you’ll have even more options to choose how you’ll survive when you descend into the nightmare. 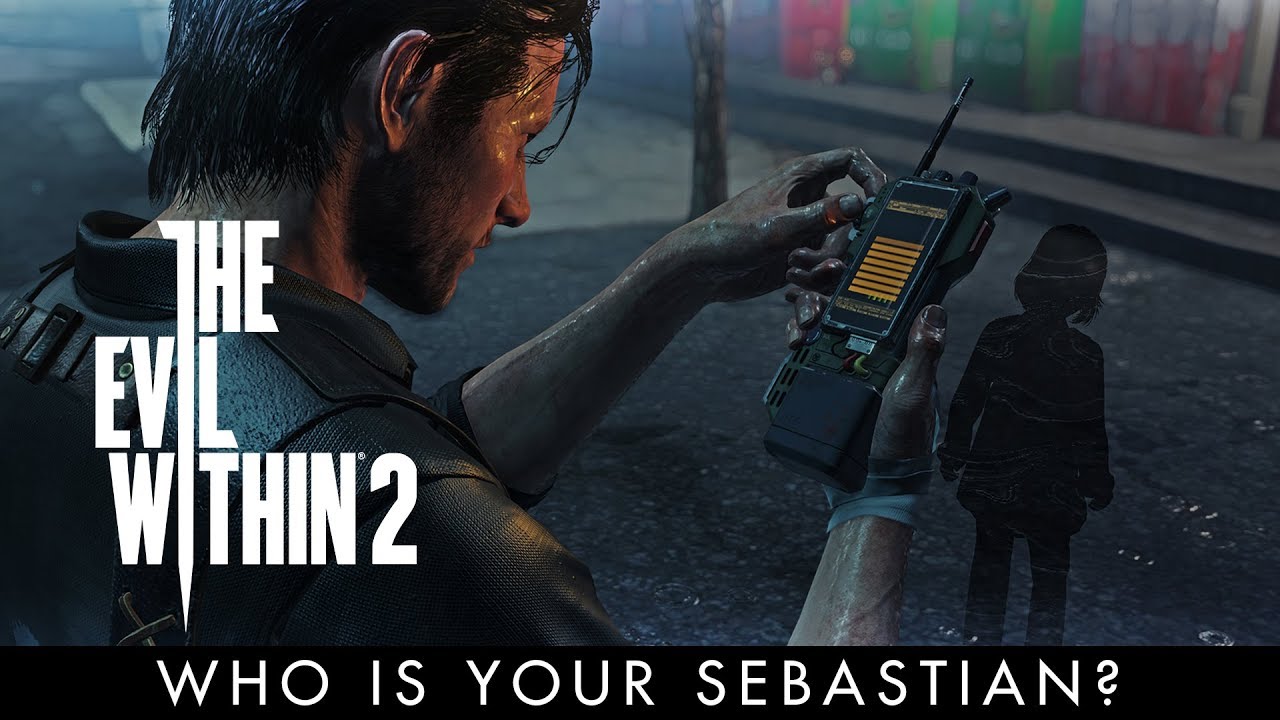 “The world of The Evil Within 2 is full of possibilities,” says Game Director John Johanas. “With some of the larger stages we’ve created, we’re opening Union up to the players’ wishes and unique playstyles. Through the layout of the world, as well as the crafting and customization systems in the game, we’re providing you with the freedom to take on the challenges in front of you however you choose.”

You may have more agency, but this is still a survival horror game. You won’t be able to turn Sebastian into an invincible killing machine. You can make him hardier, faster, and “sneakier”… however, you’ll still need to be smart. You’ll never be safe in Union, but you can be prepared to face whatever awaits you at your own pace. Who Is Your Sebastian?

Customization for Sebastian breaks down into five categories, which include parameter upgrades like “recover more health from healing items” and “reduce reticle sway when firing weapons.” You can also unlock special abilities, but these will cost you a significant amount of Green Gel. For example, if you’re investing in the Combat tree, you could unlock an ability called Bullet Cascade, which will (temporarily) increase shooting damage with each consecutive shot. Bullet Cascade ends when either the time is up or you’re out of ammo. These abilities are active skills that could make your trip through Union just a hair easier if you’re willing to save up the resources required to unlock them while potentially sacrificing other important passive upgrades. Upgrades for Sebastian include (but are certainly not limited to): Within the weapon customization options for gear like your handgun and shotgun, you’ll be able to tweak your firepower, ammo capacity, reload time and fire rate. All of which could save your hide in a tight spot.

The Warden Crossbow has an entirely different set of upgrades, though it still requires Weapon Parts. You can spend those parts on increasing the crossbow’s range and decreasing the time it takes to fully aim the weapon, in addition to changing the parameters for the specific types of bolts used in the crossbow. You’ll likely come to favor certain types of bolts over others, whether you’re a fan of the distraction and stun factor offered by the Shock and Smoke Bolts, or you like the destructive capabilities of the Harpoon and Explosive Bolts. Craft Your Way Out

Once you’ve picked your preferred weapons and exploration style, you’ll be able to focus your crafting on keeping you stocked up on what you need the most.

“Our crafting system lets you craft ammunition for the weapons that you like,” says Johanas. “You don’t have to rely solely on what you can scrounge up in the world. Again, it’s that emphasis on letting people play how they want to play. But it all comes back around to how much you explore and how many resources you can track down.” The items you gather as you explore the world can be taken back to a workbench (either in a safe house, or one you find on its own in Union) and turned into ammo for your various weapons, as well as healing supplies. There will be ammo for you to find in the world, but it’s rare and might not be for your preferred weapons. In a pinch, you can craft on the fly if you absolutely need to, though it will cost more resources than crafting at a workbench.

“You can customize your experience to prepare yourself for what’s waiting for you, but there’s danger around every corner in Union,” says Johanas. And key to that danger is the fact that you don’t know what’s lurking around the next corner. “Horror, for me, is always about the sense of mystery you feel, and how you can never fully grasp what’s going on,” Johanas adds. “When you finally get your hands on The Evil Within 2, there’s this deep mystery about the world and about these characters, and especially about Sebastian, that you’ll only really uncover as you go further and take on some of these enemies or go searching through the world. Sebastian has to explore this new world with no knowledge of what’s going on; he just knows he has to save his daughter and that’s really all that matters to him.”